The body language of the hands

In the clearest discussions is the hand body language to determine if the person is open and honest or if he has something to hide. Even the pressure of the hand shows that the opposite will dominate someone or if he submits.
As we see open hands?

The palms were originally something like the vocal cords, the body language, since they are used more often in conversation, than any other body part. Hidden hands can thus be set equal with a closed mouth.

Will someone be open or honest, he stretches towards the opposite is often the palms. Even if someone came out with the truth or other trusted, it shows all or part of the palm. When children lie or hide something like, they often hide their hands behind their backs. Similarly, lies a man with his hands in his pockets or arms crossed when he will not talk about something or hiding something. A woman who wants to hide something tries to avoid the topic or talk about things that have nothing to do with it, while at the same time with the hands something totally different. Women can!
The power of the hand

The gestures of the hands are among the least respected body signals, even though they have a huge impact. The power of the hand gives the person who committed it, a silent authority. There are three main command gestures with his hand palm up, palm facing down and the closed hand with index finger extended.
Upward-pointing palm

Shows the palm up, this will be interpreted as a gesture of submission nichtbedrohliche. From historical perspective, this was once a gesture to show that you approach unarmed compared to his. To encourage someone to talk to, this gesture can be used as a sign of surrender. This makes it clear his interlocutor that he can tell now and I listen to him.

Shows the palm down, this is interpreted as threatening. This gesture emanates direct authority. The palm down seems dominant, make someone down or suppress. Had Hitler’s salute with the palm up exercise, no one would have him taken seriously.
The extended index finger 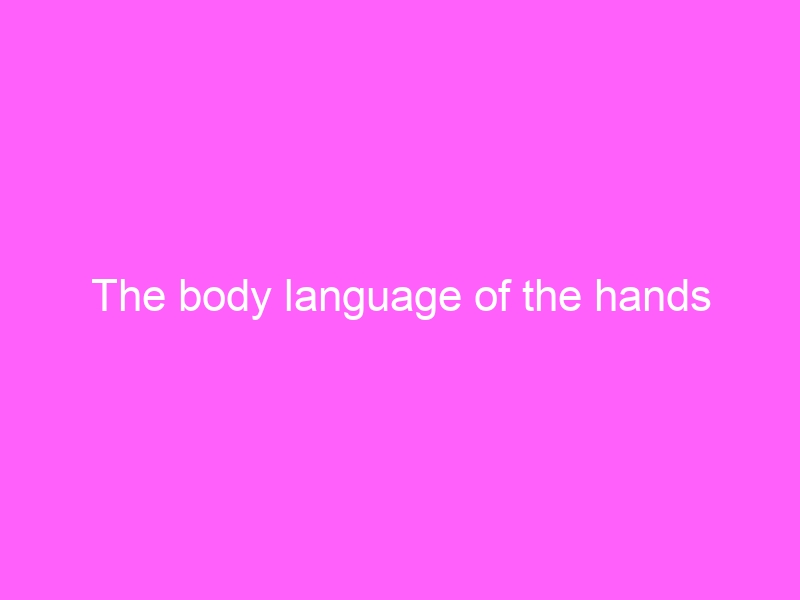